Very nervous… Viviana, the Angel who rescued the kitties came over today to take them to the Vet. 2 of them are having issues and I have my suspicions as to what might be wrong, but I’m just saying a little prayer and will just calm it down until I hear from her from the Vets office.
I know they’re just baby cats, but f*ck me if I can’t stop caring about animals. Jeez, I like some people way less than these kitties.
Everyone send a good thought out to Vivian & the kitties.
Thanks for reading. (And for not holding my actual real side against me here).
🙂

Wednesday night was a really gross night. One of the 4 little kittens I’ve been bottle-feeding and fostering for almost 2 weeks died while laying wrapped up all warm, with a full belly and purring. I was confused, shocked and I was caught unprepared for way was happening. It was totally unexpected. I cried my eyes out out of shear heartache and disappointment. I called my friends and asked for emotional support and they gave it to me. But after I was done sobbing and I calmed down a bit, I realized I wasn’t sobbing for me. I was crying for the little 2 week old runt of the litter who had his whole life ahead of him, maybe with a great family, kids and or a doggie or another kitty to play with. He’ll never get that. That’s what I was upset about. I posted my grief on Facebook an hour or so later along with a photo of him in his baby blanket, just 10 minutes before he died. When I took that photo he was just fine. And then 10 minutes later…
I was really surprised at the outpouring of condolence and sadness from some of my Facebook’s Fans. I was so touched, because normally people expect the funny, dirty, inappropriate me, but yet they sent genuine messages to me about how the post made them feel, and how sad the little guys passing away was.  And they were sincere. So, I want to tell those people, with all sincerity, Thank You. With all the smut and humorous stuff I post, I posted something really downer, and people’s real selves came out to greet me and let me know they were there. I honor every single one of you who did that.
I’m sorry the little guy didn’t get to hang out with his 3 brothers today, and see Viviana, the beautiful girl who brought them to me in a panic 2 weeks ago, when she was here tonight watching over them and giving them extra play time and love. I feel like it was a tragic waste.
Watching an animal die, knowing there is nothing you can do is torture. I am blessed to have great friends and genuine followers who gave a crap and sympathized or empathized. And I’m also very thankful to my friends who have helped me take care of them
I thank you. Truly. 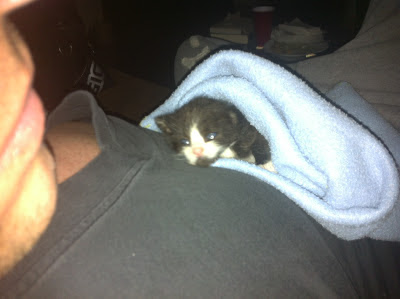 (1 baby kitty was indeed hurt after this pho was taken. and 1 sensitive human was affected by this.) 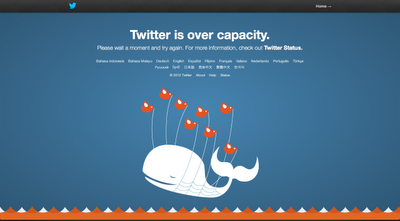