Letter responding to dumb b*tch that somehow works at Apple Computers. She had to take over for this more dumberer b*tch because that dumberer b*tch was saying things that were at least standing out as stUpiT- even to her. Follow so far? Good. Now, the following almost sounds professional and very well written, with just a snark of c*ntiness form me. Don’t be fooled. Please read on….:

I read this response and just kind of laughed to myself. What ever happened to the high quality of customer support  Apple and its employees are so famous for? You took so much time to write this email to me, but what you should have done is looked into my account and gotten the facts first.
First of all, Apple Support was more than happy to refund the iTunes Match that was purchased in November, because THEY took the time to see what had happened, and they were quick to rectify it. So yes, it was refunded. But because this second purchase was made just a few days ago, and as your “May” pointed out, refunds are only possible until 2 weeks, so in light of that, you should have had no problem refunding this 3 day old purchase. But whatever, you won’t do it, then so be it. I will go above you and have a competent person do it.
See, if you would have taken the time to look at all the support cases involving my account, just the ones over the past few months, you would have seen the obvious problems and probably not made such a remedial misstep with this response you sent me.
I have had @mac.com for 12 years, not 2 months. And you would have also seen that I had to be moved off of @mac.com a few days ago because the transition to iCloud from MobileMe corrupted or otherwise screwed up my account. That’s why Apple Support was happy to do the refund….. because as you should know, which you apparently don’t, this most recent iTunes Match purchase with my new Apple ID will not work because most of the tracks and all Apps were purchased with the corrupt ID. So, it needs to be refunded and then purged from my current Apple ID/iTunes Library. But, I have to assume that you don’t know what you’re doing, so I forgive you for giving me such bad customer support, as it’s probably due to the fact that you are uneducated when it comes to situations like this.
I will be sure to let you know, Courtney, when someone capable has rectified this. But meanwhile, with only some due respect, you should educate yourself on how to deal with situations like this and its protocol. You are not capable of being a senior advisor, because a good senior advisor would have contacted Technical Support to see what this case was all about. You did not. You just simply copied and pasted TOS to me. A monkey could have done that. You did the job of a monkey. Yes, I said it. I said it because the level of support you offered was that poor.
I am happy to contact the appropriate management and forward these emails to him/her, so they may see what a poor job yourself and May did. I would expect nothing less from Dell Support or The Geek Squad. But you work for Apple. You need to step it up and represent the fine company accordingly. On the same token, I will be sure to commend the two awesome Apple Support members, to their management, because they spent quite a lot of time, to make this first part right, and I am so pleased that they did.
I hope this email helps you think about how maybe next time you can serve Apple Customers better.
Have a wonderful day, Courtney. 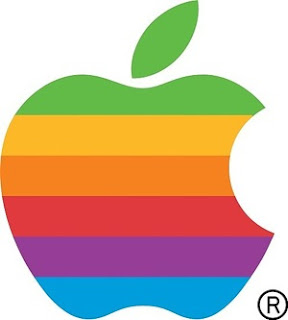