So my cat got a huge cyst last month. I had no choice- because I was living in the San Francisco Bay area, to take him to a VCA *gasp*. They were quite nice. They put up with my antics. And it was a one visit deal, which I was grateful for. They told me after the fact that, they had given him a strong antibiotic, which of course I paid through the *ss for. I really wish they hadn’t given him the antibiotic because he wasn’t going to get an infection since I was allowing it to drain and he was a very healthy cat. They failed to tell me that the antibiotic they gave him was going to give him crazy diarrhea due to the fact that it rapes stomach and digestive system of any and all present enzymes & bacterias that are there there to help him digest food. So, he is had diarrhea four times a day for a month. I’ve been trying to get in touch with them to find out what the remedy is and to no avail. I even straight-up called their pharmacy and told him the situation and asked them to please prescribe me something because my cat probably does not enjoy having his ass explode several times a day. Nada. So I called back this morning and they said the Dr. has his chart on her desk and will call me when her patient load dies down. So, we’re going on 48 hours now. Tick-Tock.

I would have had this all taken care of no problem, no returns, had I just brought him to https://www.facebook.com/Pet-Care-Veterinary-Center-305590462900986/ in los angeles. #Fact. 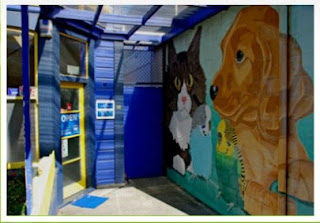